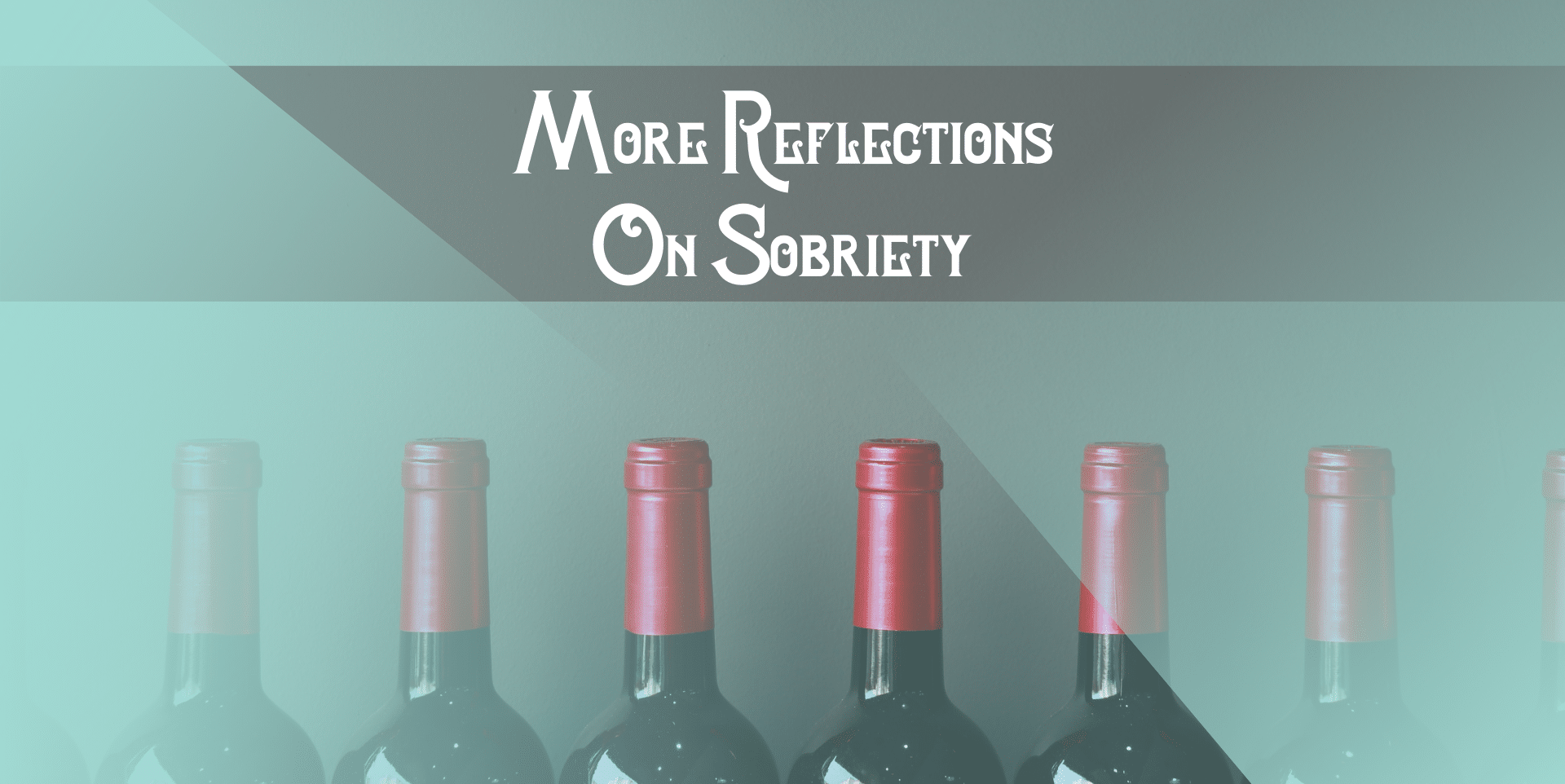 Alcohol and I first met when I was 11 and we quickly became best friends for the next decade and a half or so.

The way a simple bit of liquid could instantly turn me into this free-spirited, fun, carefree, gregarious girl who didn’t have to feel was just heavenly – until of course it wasn’t.

In April 2012 life threw me the most painful, shocking, horrific incident, the likes of which sent me into a tailspin that has forever changed me and continues to change me in all the best ways to this day. Of course I turned to all of my (then) trusty resources – Maker’s Mark, cigarettes, and lots and lots of fast food. However, for this magnitude of grief and life altering situation, those vices simply wouldn’t cut it and would’ve surely been my demise.

I knew this was a call to literally evolve or die. And thus began an epic dance with my shadows.

So, I haven’t had a drink since Dec. 27, 2013. It started as simply a self-imposed year challenge to be sober; after all, I was not the “classic alcoholic” – had never wrecked cars, lost jobs, been arrested, etc. I can honestly say I don’t plan on ever having another drink as long as I live.

One Addiction Replaces Another

When I first quit drinking, I felt wobbly, to say the least. To deal with the wobbles, I took on the role of drill sergeant with myself – afraid to “go back to my old ways,” afraid to feel what had been pushed down (or drank down, rather) for over a decade, and so my “new drink” became pushing, forcing, “adulting” to the max. Little Devon never felt safe to express when she was actually little and then when there was sobriety and clarity, adult Devon continued to push her down and ignore her pain.

My health began suffering in odd ways when I quit, which was comical to me considering that while drinking like a fish and smoking like a chimney all those years, my body never “failed me.” Of course now it was “failing” me because it needed my attention, it needed me to stop and to be with it, to honor all the trauma, pain, and wounds that I had been running from all those years.

Quitting drinking wasn’t the end, it was only the beginning. Bravery, courage, and a willingness to show up for myself daily with all of the presence and compassion I had craved my entire life was a new language I really wanted to learn and today I am so fluent in it that perhaps only a slight accent of my first language remains. After all, languages learned after a certain age will always be peppered with accents of the first and this is our reminder to stay even more conscious and mindful when speaking the second. A blessing, not an inconvenience.

As I reach newer, deeper levels of healing and release, my grief as of late has been some lingering resentment around this even all having to be part of my journey in the first place and suffering with what Buddha referred to as the “Empty Boat.”  Being mad at “the system,” my parents, etc. wasn’t going to get me anywhere and would only serve as my new drug of choice to further alienate myself from my body and Her needs and wisdom.

THIS is my dharma. The wisdom gained from the pain, the courage to dance with the shadows and invoke and embody my Dark Goddess, embracing my sensitivity and intuition, the awakening to my innate gifts of communing with energetic and unseen realms coupled with the expertise gained from studying the body’s physiology and its needs. This is all why I am here.

A few years after I quit drinking I had the most beautiful revelation: there’s nothing actually wrong with me. And you know what? There’s nothing wrong with you, either. It’s the lie that Feminine Shame feeds us. Let’s break free from that illusion, shall we.

The InnerSpark Method is a revolutionary, whole-person approach for deep-feeling, sensitive women that gets to the real ROOT of burnout, overthinking, people-pleasing, anxiety, and that constant sense of "there's something wrong with me."

The InnerSpark Method is a profound inward journey of self-discovery, self-healing, and self-mastery that exists to strengthen and empower sensitive, deep-feeling women to transform challenge into resource and create their own lifelong pathways towards wholeness, thriving, growth, and transformation.

This is the foundation for life we all should have received. It’s a living, breathing framework and map back home to yourself.

Sweet Soul, it’s time to live from your InnerSpark.